Why women’s leadership is key to climate action

Political and financial commitment is needed to support the contributions of women and girls at all levels By Nina Jeffs | March 8, 2022

This article was originally published on China Dialogue under the Creative Commons BY NC ND licence.

At the COP26 climate summit, the leaders of Estonia, Tanzania and Bangladesh were the first to sign the Glasgow Women’s Leadership statement, calling for countries to support the leadership of women and girls on climate action at all levels of society and politics. Yet these three women comprised nearly a third of all female leaders at the conference, out of 140 heads of delegation.

On Gender Day at the COP, countries including the UK, Canada and the US pledged to further integrate gender into their climate finance arrangements. While the pledges reflect a growing awareness of “gender-responsive” finance, which promotes gender equality, the amount of money so far mobilised falls well short of what is needed around the world. Attention to gender in climate finance negotiations remains negligible. Making the Glasgow Women’s Leadership statement a reality will require scaled-up funding for women’s capacity-building and community-level climate action.

The negative impacts of climate change disproportionately affect women and girls, especially in the global south. This is not due to inherent vulnerability but the result of gender inequalities in the political, social and economic realms that intersect with other axes of social disadvantage, such as race, sexuality, gender identity and disability status. For example, during and after climate-related events, women and girls are more exposed to gender-based violence, and girls are less likely than boys to continue their education. The Malala Fund estimates that in 2021, climate-related events will prevent at least four million girls in developing countries from finishing their education. When it comes to employment, women in developing countries are more likely to work in the informal sector, making their livelihoods more vulnerable to economic and environmental shocks. 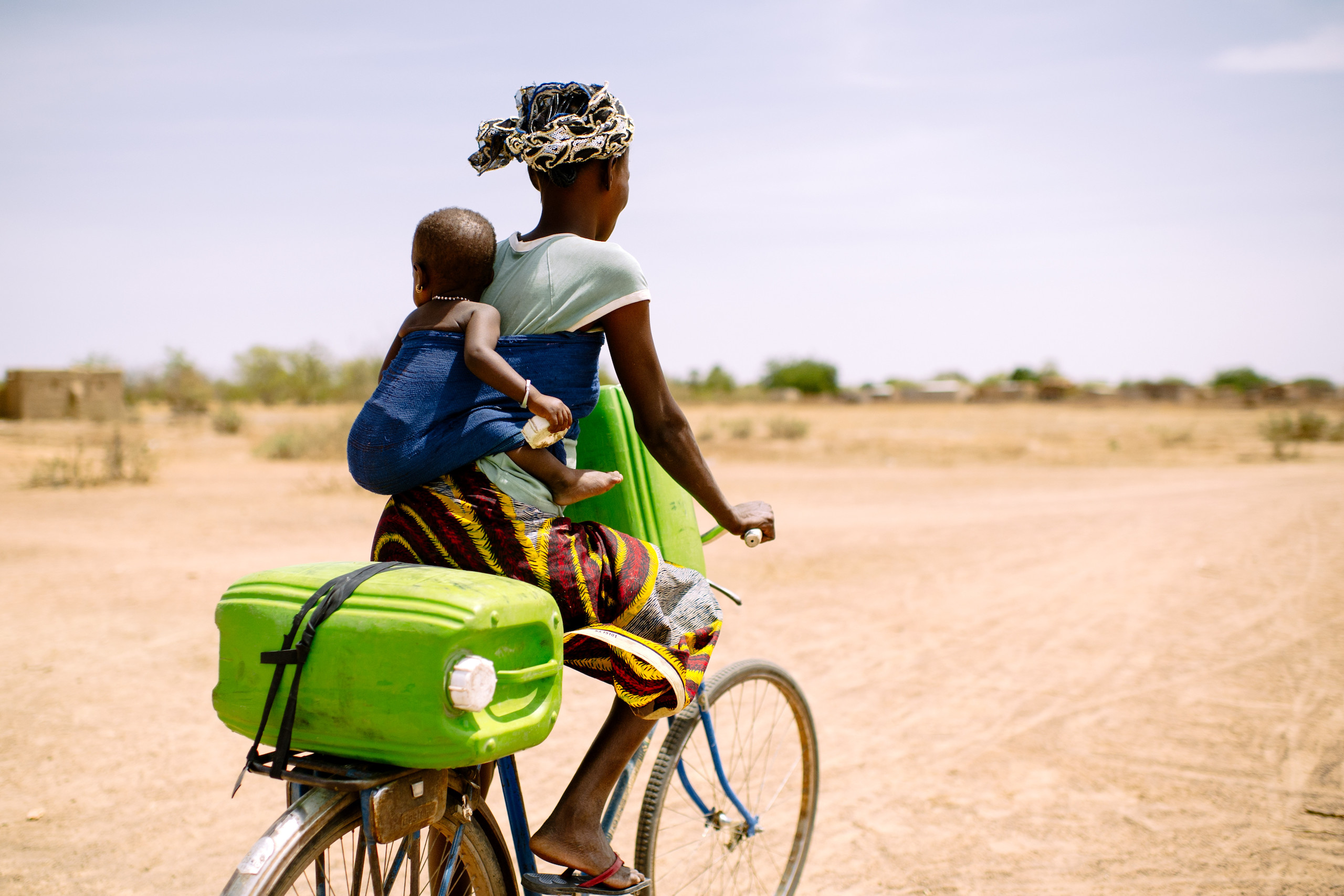 A woman rides to collect water for her family in the village of Sorobouly, Burkina Faso. In developing countries, the livelihoods of women, who often work in the informal sector, are more vulnerable to economic and environmental shocks. (Image: Ollivier Girard/CIFOR, CC BY-NC-ND-2.0)

Despite these challenges, women and girls have a crucial role in achieving the climate targets set at COP26. As valuable members of society, they deserve to participate equally in public life. Still, it is notable that their participation generates more effective and equitable climate outcomes, from sustainable land management to last-mile solar panel deployment. Research demonstrates that due to socially prescribed gender roles, women assess risk differently to men and typically prioritise the welfare of their families and communities in resource-management decisions. Such differences in decision-making extend to national politics: a 2019 study found that national parliaments with more women pass more stringent climate policies. Measures that improve women’s access to healthcare, education and political representation strengthen their adaptive capacity, enabling their societies to adapt more quickly and easily to the effects of climate change.

While women, especially indigenous women and women in the global south, are leading frontline climate action and activism, they are underrepresented in environmental decision-making at all levels. Gender-differentiated tasks, including women’s responsibility for most unpaid household labour, and unequal power relations within families and communities, can limit women’s opportunities to participate in local environmental governance. The common prerequisite of land tenure for community natural resource decision-making also limits women’s input. UN Women estimates that 64% of women globally do not have equal land rights to men in practice. 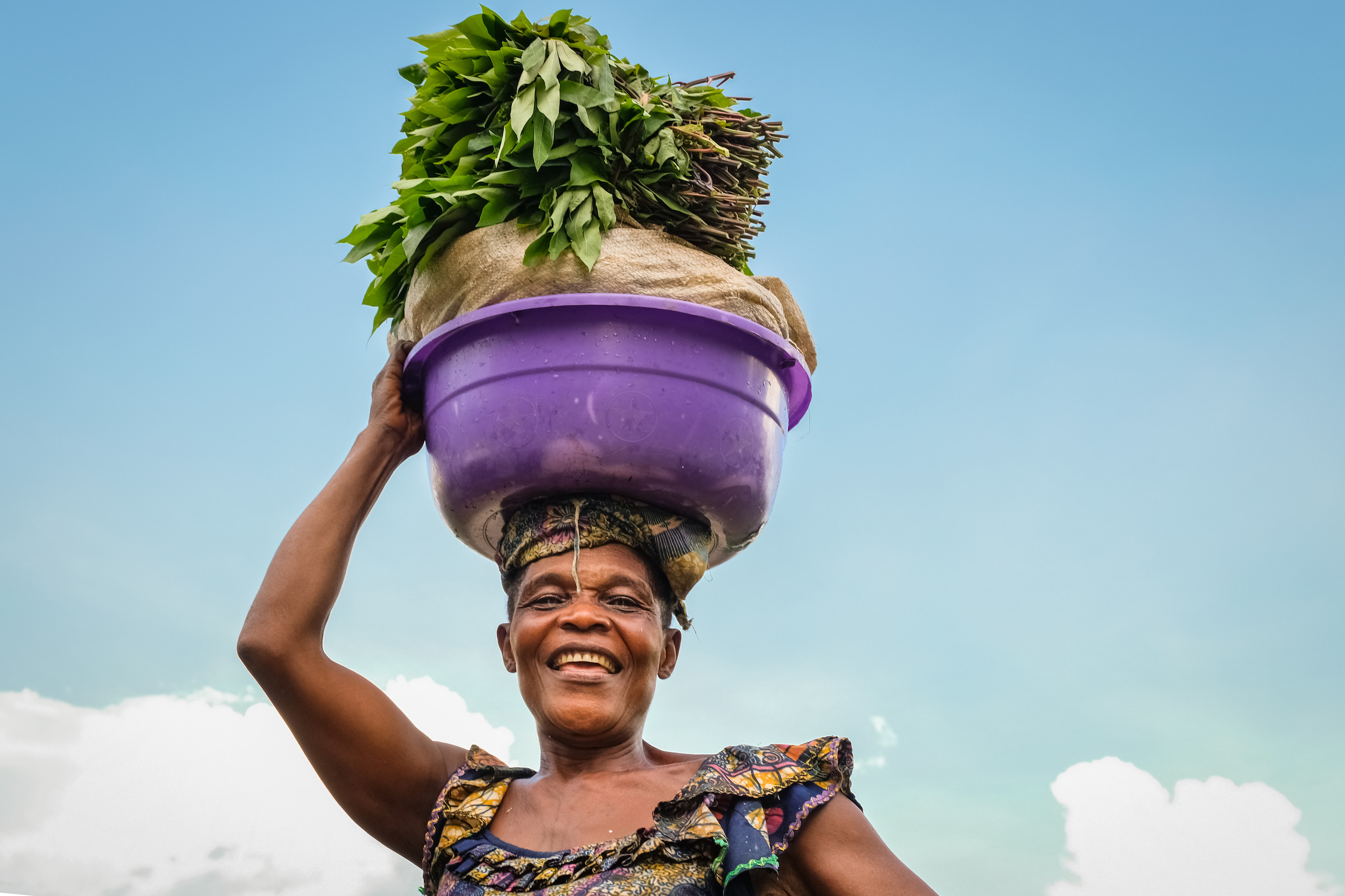 At national and international levels, women continue to face glass ceilings that prevent them from reaching environmental leadership positions. Gender parity in national-level environmental decision-making is rare, and employees of environmental ministries are on average one-third women. Although the gender balance of government delegations to climate negotiations has improved, UNFCCC research found that men spoke 74% of the time in plenary meetings between May and June last year.

Gender-responsive policy measures can help to overcome these systemic barriers. Land tenure reform can support women’s land ownership, inheritance and use rights, for example, by mandating that land registration by couples includes both names. Policies like gender quotas can support women’s career progression in environmental institutions. Investment in social services, especially childcare, can lighten the load of unpaid household labour on women, as can flexible working policies and paid parental leave. Creating and enforcing laws and policies against sex and gender discrimination, including gender-based violence, can ensure that climate change spaces are inclusive and safe for all. These measures all contribute to addressing the complex issue of culture change.

Only 1.5% of overseas climate-related development assistance identified gender equality as a primary objective

Ensuring access to quality education for girls is also a key pathway for gender parity in climate leadership. Girls’ education can be a force for gender equality in families and communities and is closely associated with a country’s female political representation. Climate education for girls, including technical environmental training, can increase their resilience and build their capacity to critically engage with climate information and lead climate solutions. In developed and developing countries alike, girls’ participation in STEM (science, technology, engineering and maths) education on an equal platform with boys can enable them to access traditionally male-dominated “green” jobs and contribute to an equitable just transition.

Of course, women and girls are already leading their own solutions to the interlinked challenges of climate change and gender inequality. To scale these up, they need access to climate finance.

The integration of gender considerations into climate finance is limited. Due to insufficient monitoring, reporting and verification of gender in climate finance, data on the topic are patchy, but Oxfam research shows that only 1.5% of overseas climate-related development assistance identified gender equality as a primary objective and two-thirds of projects and programmes do not consider gender equality in their design, budgeting or implementation. Of this aid, only 0.2% reaches women-led and women’s organisations. Liane Schalatek, associate director of Heinrich Böll Stiftung Washington, DC and co-author of a recent report on the topic, calls this a “shocking indictment”, reflecting a disregard by climate funds and implementing agencies that “women-led, women’s and feminist organisations not only are very aware of the needs and climate impacts… in their communities, but have also women-led contextualised and localised solutions.”

While staff from climate finance institutions express support for funding gender equality organisations, institutional barriers exist, especially for the global south. The small scale of many women’s community organisations can hinder accreditation with, and direct access to, large-scale funders. Due to concerns about budget timelines and transaction costs, institutional funders commonly only offer large funding packages with stringent timelines. 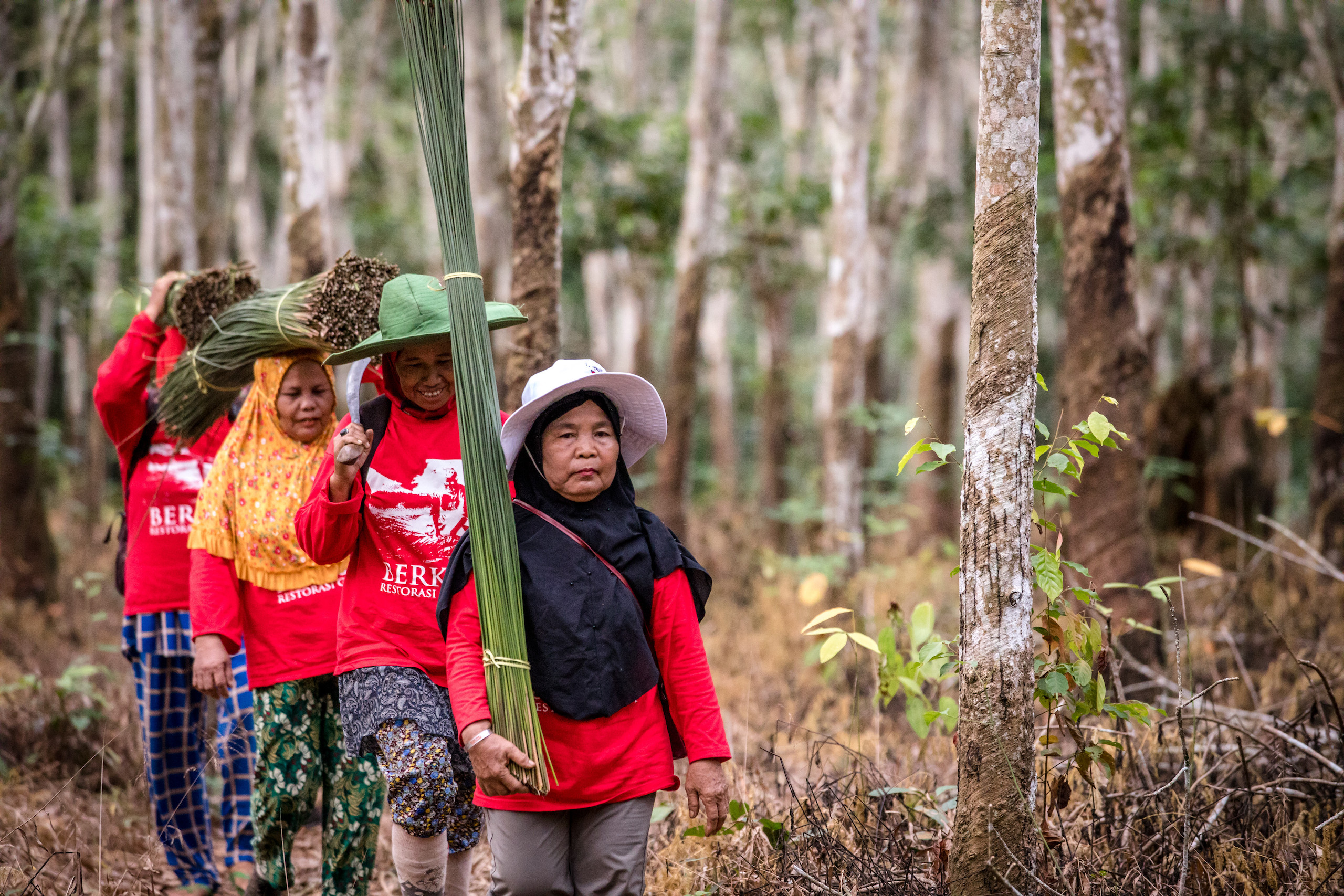 Gender parity and expertise in financial institutions are important for the design of gender-responsive climate finance solutions, as is meaningful consultation with women and girls in beneficiary communities. The gender integration targets present in climate finance institutions like the Green Climate Fund can be taken further by making gender considerations mandatory for funding. Improving data collection and transparency on gender integration in climate finance projects, including on how projects benefit people of different genders, can foster collaboration and knowledge-sharing among funders and beneficiaries.